By Jeremy Nicholls - March 31, 2012
Todd is almost housed.
His goal is becoming a reality.
Yes, a reality.
Finally!

It is only days away, yet I could feel all his aggravation and frustration, because it's something that should have already happened. He's worked hard, kept his appointments and he's been doing what he's supposed to do! But, a wonderful fact that remains, his dream WILL become reality; hopefully and prayerfully this coming week.

The frustration and aggravation of this process comes from things taking a lot longer than expected, primarily because of the significant number of years Todd has spent in prison. Background checks have been delaying the inevitable and he hates the feeling of stagnantly progressing toward the goal.

"Stagnantly progressing" is a term I just invented: To me, it indicates a vital part of moving out of homelessness into the goal of self-sufficiency. Oftentimes, one of the most important things a homeless person can do, is wait! Oftentimes, one of  the most damaging things he or she can do, is aimlessly rush around accomplishing things that have no purpose. It is a tragic misconception to assume all the homeless fellas watching TV in drop-in centers are just a bunch of lazy bums. Oftentimes, that's exactly where they should be! Getting out of homelessness requires a lot of waiting. Todd is a very busy and active man, who possesses countless goals and aspirations, yet when he races around, he often finds himself running down the wrong track and ends up having to navigate himself back to the proper starting line. It wasn't until Todd took my advice and actually slowed down, progress started happening. When someone suddenly finds themselves experiencing the traumatic reality of homelessness, it is like discovering yourself living in the middle of a very complex maze; if you just rush in "whatever" direction, chances are you'll end up in a worse place than when you started. It's important, it's crucial and it's vital to stop, look, wait, ask, pray and then move on at a steady pace. This is what Todd finally did, and now he can see that glorious finish line, directly ahead!

As Todd and I were yapping away, he mentions another goal he's about to complete. A huge smile creeps over his face. He tells me; "Tomorrow, I get off parole!" I'm overjoyed; the month of March is turning into a stellar month for him, Todd is accomplishing two vitally important goals, resulting in freedom from the State (Illinois Department Of Corrections) and freedom from homelessness! He had tried time and time again, but it seemed that these two curses have clung onto him like leaches, but now he's finally able to rip those suckers off and flush them down the toilet.

19 long years. Yes, for 19 years Todd has been a slave to the State. At the tender age of 23, this young black man got caught up with the wrong people, at the wrong time, and did the wrong thing. He foolishly burgled a store, resulting in his arrest, conviction and imprisonment. The Judge gave him a few years downstate in a maximum security penitentiary. He suffered these consequences for a non-violent crime, low level "burglary" he claims is " something many white people don't get convicted for, or at least, sentenced as long for." He adds, "The justice system is racially biased you know?", trying to convince me of something I've studied a lot of. I know too many people, born of lighter shades, who have burgled stores or shoplifted, only to have their cases dismissed or ignored. I know Todd's story is full of foolish decisions and non-violent criminal acts, but I also know his story of being a slave to the State and homelessness reeks of racial overtones!

As I look at Todd's rap sheet, his 19 years don't show any violent crimes, but all I do see is a lot of repetition. It's a tragic tale!
Burglary, drugs, parole violation. Burglary, drugs, parole violation!......
Prison, parole and homelessness. Prison, parole and homelessness!.......
I see Recidivism at it's greatest, Todd has rotated in and out of these cages, in and out of being in cuffs, in and out of being thrown in the back of squad cars, watching all his childhood dreams vanish. Over and over again, he has tried to overcome and be set free, but he could never escape the harsh reality of being a slave to the State! He was held captive, either behind prison walls and barbed wire or by the constant check-ins, drops and reporting of being on parole, or the traumatic grasp of homelessness.
19 years is a long time!

Now don't get me wrong! Todd had sticky fingers and has struggled with an addiction to heroin that kept him in trouble. His history shows that he just kept getting caught up with these minor felony offenses or violating his parole (missed appointments, dirty drops or being deemed AWOL). He took many risks and paid the price, some things he'll continue to pay for until the day of his death! My point is that while some pay the price, many roam freely after living basically the exact same lifestyle and statistics show and prove that people of a darker shade from poverty stricken neighborhoods are far more likely to be the ones who end up incarcerated, while our lighter brothers and sisters, who are often dismissed and invisible to the system!

Last March, the IDOC released Todd, my friend who I've known for over 10 years, from his closed-in and locked-up reality downstate of Chicago. Upon arriving in Chicago, he showed up at CCO seeking help and shelter. He was obviously on parole, having to listen and obey their every command. He sat in my office, homeless again, anxiously wanting to move and do. I'd seen his pattern before, released and on parole after a short time incarcerated, so I gave him my "slow down" speech. During this episode, I wanted to see him graduate from the State's grasp. I wanted no more episodes, I wanted to see him "set free". As he sat there, impatiently wanting, frantically wanting, and anxiously wanting all those important answers immediately, I was convinced he didn't register a single word I said:
But he did!
He actually slowed down, he met with the right people, attended the right groups, moved down the right paths and even made diligent efforts to succeed in living drug and alcohol free. He took one day at a time, kept praying and focusing on his goals.

Those goals have finally become reality!

Todd is smiling today! He proudly stands with a lease in his hand and because he is no longer a slave to the great State of Illinois! He has graduated!

Kwame hurries into the office, screaming in his high-pitched frustration, with tears flooding out of his red eyes like a mighty waterfall! This young man is angry, confused and frantically rushing in every direction, excluding the right one. He doesn't know how to get out of the homeless maze he's stuck in.
Who's there to offer this young Ghanaian man advice about slowing down?
Who serves as Kwame's example?

Todd, the man who had just graduated with honors.

Popular posts from this blog

Covid-19: It Was Inevitable 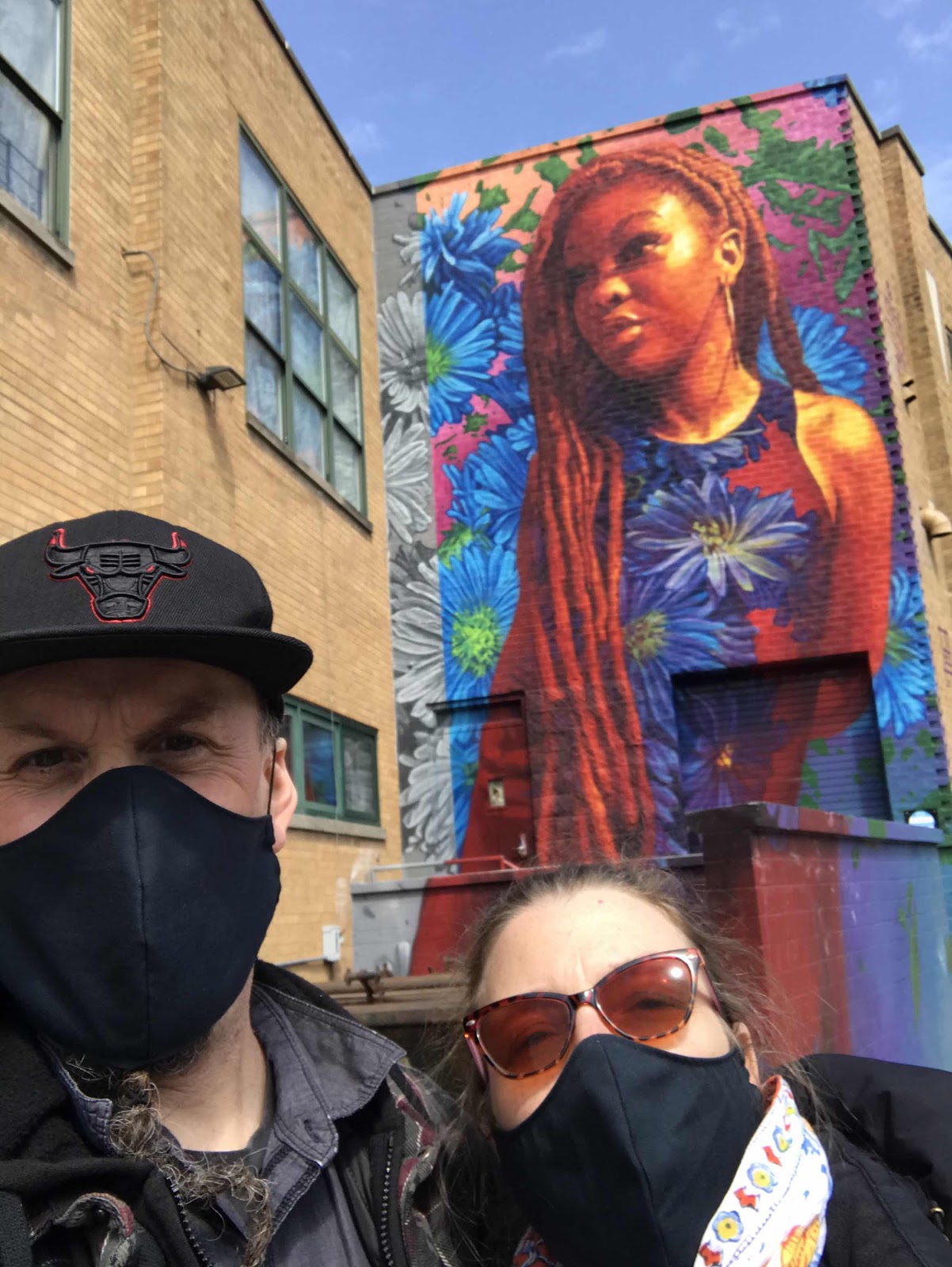 The pandemic was gaining momentum in Chicago and the fear of Covid19 infiltrating our shelter was very real. 3 of our 4 programs operate open or congregate living situations, and in each of these shelters, bathrooms and the cafeteria are shared. We also serve a particularly vulnerable population - with a high number of our men and women being over 60 and/or have preexisting conditions. With this unseen and unpredictable virus doing potentially fatal damage, we launched into all the preventative measures we could.

I’m proud of what we did. Over the following weeks, the changes we made were difficult and seemed impossible. A few of the dilemmas we had to change: the men slept 6 inches apart from each other, the women slept in bunk beds only 3 feet from each other, and our cafeteria had long lines and everyone eats together. As a result of the very real danger, here are just some of the moves we made: we opened up unused spaces, rearranged already-used areas, made good use of ducktape, se…
read more......

Being the Church With the "Least of These" 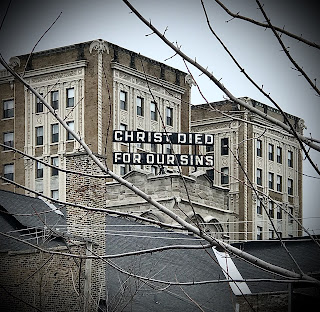 He has grass in his hair, a damp stench, and an overly filled backpack as he wanders into the place of worship. No one greets him. No one asks his name. He watches parents politely whisper to their kids to steer clear of him. They've deemed him a threat. He listens intently to the preacher dynamically proclaim about the all-inclusive and accepting love of Jesus, but he leaves feeling excluded and alone. He leaves thinking that the love of the One “who had no place to lay His head” must only apply to housed folk.

She hobbles into the back of the van. She'd just been picked up from the homeless shelter. They travel miles to the massive suburban church, only to be told to sit in the back - the roped-off section where all the "homeless" must sit. She obeys, knowing she's just a number, a mascot, a "feel-good photo", for their "thriving homeless ministry", helping these uppity Church folk get brownie points with the One who said, "the first sh…
read more......

A Bursting Bubble: thoughts from isolation 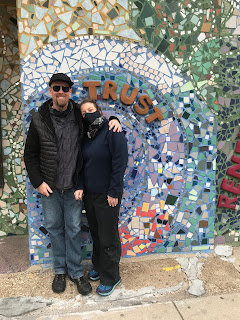 New Zealand is using "bubble" terminology to fight against the spread of Covid-19. "Staying in your bubble" means those who aren't essential workers must stay in their houses, yards, and areas, only leaving to get needed items. I know I'm simplifying it and I'm about to generalize, but families have been confined to their fifth-acre sections (bubbles) for the greater good and protection of those who would be considered high risk - like my own father who is over 70, has a lung disease, and was hospitalized last year due to blood clots. Beth and I both got Covid-19, and have been recovering. I wrote about being an essential worker, getting the virus, and being confined to our own little bubble here in Chicago. Covid-19: It Was Inevitable
What I want to focus on in this post is how our bubble has been very different from what I described above. I also want to focus on how we have experienced and been on the receiving end of a bursting bubble of love, generos…
read more......